Cala Mia Island Resort is situated on Panama’s southern coast and lies within easy access of some of the best diving sites in Panama and across the Pacific. This region is called the Gulf of Chiriquí and extends all the way from the border with Costa Rica on the west to the Azuero Peninsula on the east. On a single dive in the Chiriqui Marine National Park, you can see one of the largest coral reefs in the Pacific, as well as multiple species of whale, manta ray, dolphin, marlin, and so much more exotic marine life. The entire area is relatively remote and mostly pristine wilderness. The presence of an infamous prison on Coiba Island deterred the development of the region, and after the prison was shut down, conservation agencies recognized the area as one of the most ecologically important in Central America. 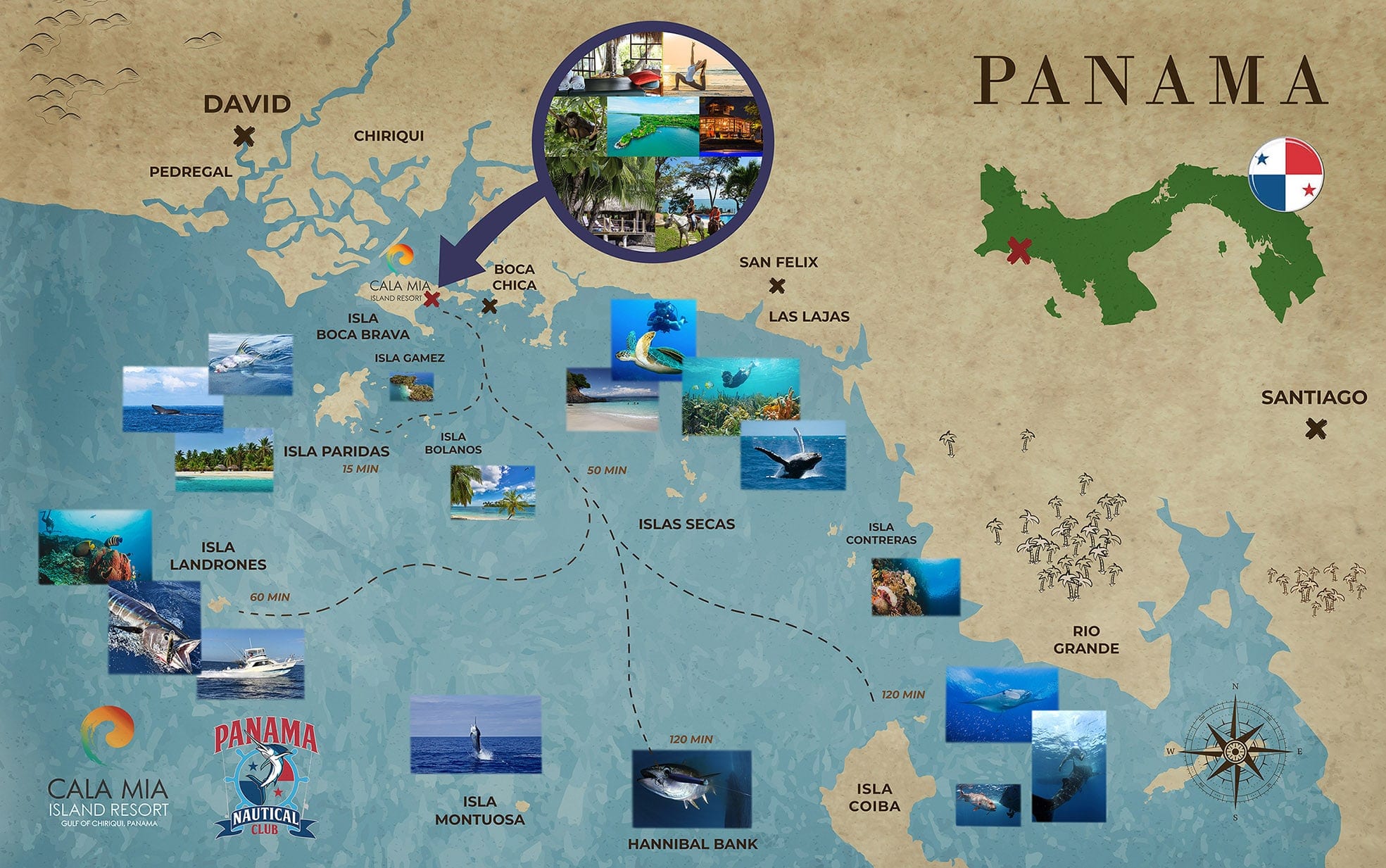