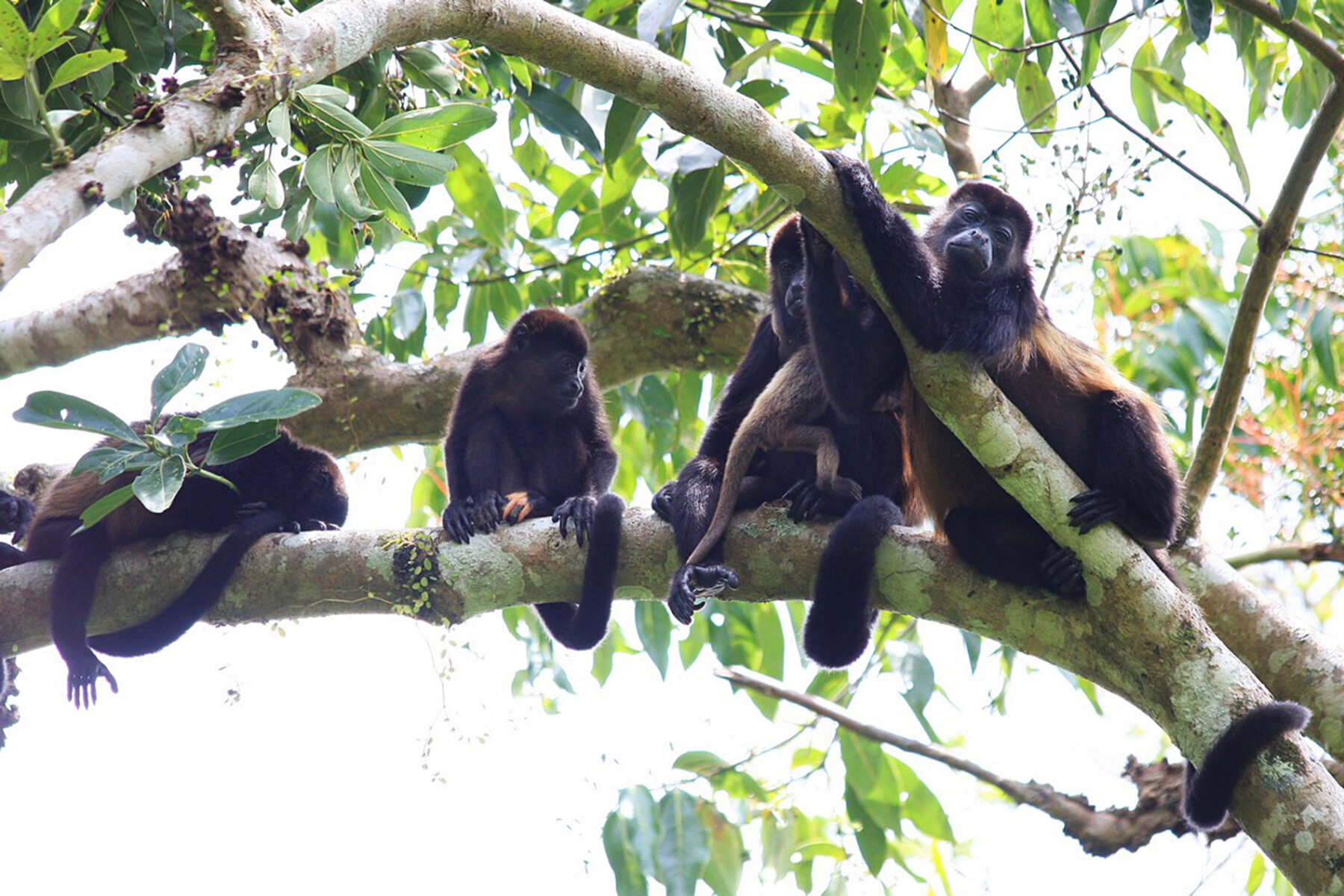 Boca Brava is one of the islands in the Gulf of Chiriquí National Marine Park which was established in 1994 to preserve the ecosystem of the region. This is one of the best places to do ecotourism in Panama because of the diverse flora and fauna. Which makes it the perfect habitat for one of its star residents: the howler monkey.

Panama’s howler monkeys will be a big part of your stay in Cala Mia Island Resort. They will call for you in the morning, well maybe not for you, since they actually need to locate other males. But it is very easy to hear them at dusk and dawn, as well birds chirping and other sounds of nature. If you want to see howler monkeys all you need to do is go on our jungle hike starting from the beach cove.

Sounds made by howler monkeys are so loud that they are considered the loudest land animals in the world! They are included in the Guinness Book of World Records since their vocalizations can be heard through the rainforest as far as 3 miles or 4.8 kilometers. Their hyoid bone, which helps with tongue movement and swallowing, is larger than other species. Imagine this as having a loudspeaker in your throat.

Their growls or howls allow the monkeys to locate each other without having to spend energy moving or fighting. Panama’s howler monkeys are territorial, and they need spacing between groups. Up to 40 monkeys can live together, but usually are groups are smaller between six to 15 animals. Mantled howlers, which receive their names because of the long hairs on their sides, live in bigger groups. In the island of Boca Brava, you can find mantled howlers, which are common in Central and South America.

Groups are mostly composed of females with only a few males. The number of males in a group depends on the size of their testes, not on the size of their hyoid. So being louder doesn’t make a howler monkey more dominant. When there are several males in a group they usually have small hyoids and large testes and mate with all the females. Unlike other species of New World monkeys, both male and females emigrate from their parents and join other groups.

Since Panama is in Central America it has New World monkeys which descended from African simians about 40 million years ago. Panama has six species of monkeys which belong to four families. During your visit to Panama it is common to see three types of monkeys that are the Geoffroy’s tamarin, the white-faeced capuchin and the mantled howler. Howler monkeys have two endemic subspecies which are the Azuero Howler and the Coiba Island Howler. From Cala Mia Island Resort you can visit the island of Coiba which is located in another marine park and is Patrimony of Humanity according to UNESCO.

Cala Mia Island Resort has a strong conservation policy. As a sustainable resort we are committed to preserving our environment. Monkeys in Panama and around the world are in danger because their habitats are being destroyed. If we all do our part we can conserve natural environments such as the Island of Boca Brava in the Gulf of Chiriquí National Marine Park.