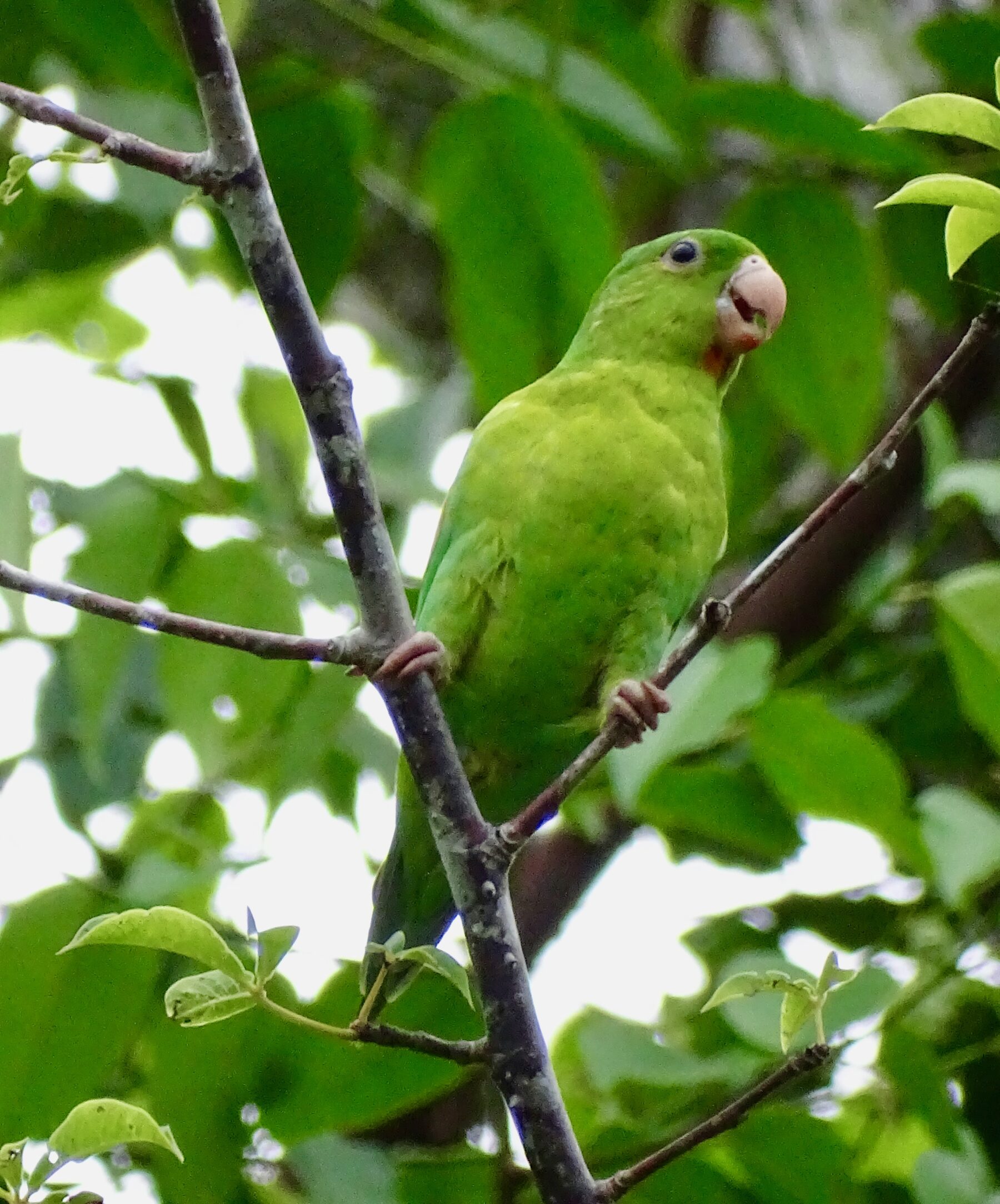 Panama’s bird species are more numerous than the United States’ and Canada’s combined. This is why birdwatching in Panama is rated the top in the world, with 969 species between local and migratory. 107 are regional and 100 are from South America and cannot be found in the rest of Central America. Some of the most common birds of Panama include green-named tanager, Coiba spinetail, strip-checked woodpecker, and several types of hummingbirds, such as glow-throated and escudo.

If you are considering doing a birdwatching trip to Panama, make sure to include the Gulf of Chiriquí in your itinerary. This area offers unique scenarios including tropical rainforest, mangroves and islands. Ideally you should book our “Islands and Highlands Package” to really appreciate the diversity of birds in the province of Chiriquí.

When is the best time to see birds in Panama?

Since Panama is a tropical country it only has two seasons, dry and wet. Dry season goes from December through April and rainy season is from May through November. Peak tourism season obviously happens in the dry season, which is also a great time to see birds. Right after the rain stops, the rainforest is lush and green which starts changing as time passes. Spring would be from March to May when there is a lot of migration. Raptors will be making their way north which is quite a spectacle.

Rainy season usually means afternoon rains so it is best to go birdwatching in the morning. This is when endemic birds nest so you will probably hear their calls. By July and August, the migratory birds have gone, but there are still plenty of local birds. The second migration happens in the fall, towards the end of the rainy season from September to November. October is the best month for seeing raptors heading south.

What birds can you see in the Gulf of Chiriquí?

Cala Mia Island Resort is located on the island of Boca Brava just a short boat ride from the fishing town of Boca Chica. Serious birders that require a guide must notify in advance to bring our expert birdwatching guide, Jorge Lopez, who lives in the highlands of Chiriquí. Our naturalist package includes a guided hike on Boca Brava Island, tour of Isla Cocos and a cloud forest hike in the perimeter of the Volcan Baru National Park.

The island of Boca Brava is home to some 280 species of birds. In the hotel you can spot rufous-tailed hummingbirds feeding from all the flowers in the garden. If you look up in the trees you will find black hawks perched on branches. Other species include parrots, flycatchers and lineated woodpecker.

Aquatic Panamanian bird species can be seen in the mangroves; all you need to do is paddle around the hotel in a kayak. Great blue herons, leggy spoonbills, and ibis live in the area. Farther away is Isla Cocos, which is close to Isla Secas. This is home to Panama’s second largest colony of frigates, after Isla Iguana in Pedasi. If you are lucky, you will see the males showing off their red pouches trying to get a mate.